Team Cohesion: Here’s Where We Finally Found It! 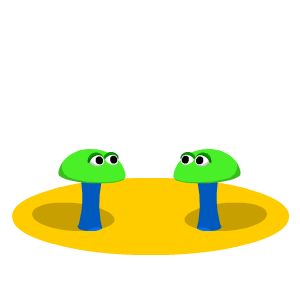 Team Cohesion: Here’s where we found it. Image licensed from Istock.com.

The leader called me and his frustration about his organization was immediately clear. He wanted and needed team cohesion and all his efforts had fallen short.


Team chartering, one-on-one meetings, personality type assessments, and team building exercises did not bring team cohesion. He exclaimed, “When I was in the military, we all went through hell together and stuck together! What’s wrong with these folks here? We have a common purpose yet we’re not together.”


As he described the challenges, I knew where we would and would not find team cohesion for his organization.


Team cohesion is found in a deeply shared human need.

For this team, that need was respect!

Respect for everyone’s views and talents …

When you look back at the generations that comprised and led the workforce from 1945-1985, they grew up during the depression, World War II or were raised by those who did. Commitment to survive together became a way of life that became team cohesion at work.

Both my father, raised during the depression, and my mother twenty years his junior and raised during World War II, taught us commitment and cohesion. We believed it, lived it, and took that to work. So did everyone at work. We lived a shared human need for survival.


Today, survival is no longer the shared human need that creates team cohesion. Respect and appreciation often is!


What is the shared human need that will create team cohesion in your organization?

I can help you find it. Let’s do it soon!

Related Posts:
Cooperation, Why Do We Make It So Tough?
5 Essentials to Building 21st Century Teams
Teamwork People Skills: Are You Making Interaction Hard?

©2014 Kate Nasser, CAS, Inc. Somerville, NJ. I appreciate your sharing the link to this post on your social streams. However, if you want to re-post or republish the content of this post, please email info@katenasser.com for permission and guidelines. Thank you for respecting intellectual capital.

Kate Nasser, The People Skills Coach™, delivers coaching, consulting, training, and keynotes on leading change, employee engagement, teamwork, and delivering the ultimate customer service. She turns interaction obstacles into interpersonal success. See this site for workshop outlines, keynote footage, and customer results. Kate also invites you to connect with her on Google+, LinkedIn, and Twitter. She welcomes your interaction!