Teamwork #Peopleskills: Leaders, When Do You Intervene?

Teamwork: Leaders, When do you intervene in team issues?

Do you think your teams can work their issues out by themselves? Perhaps you think it’s wrong for you to intervene believing your involvement will undermine team accountability. I’ve often heard leaders claim: “They are adults. Let them work things out themselves.”

Well leaders, never forget that you are a part of the team and play a special role in it. Team members often work things out themselves yet there are definitely times to intervene to coach teamwork and prevent derailment!

It takes just one self-absorbed team member to stop teamwork and derail success.  Here’s one such story of how one nudge’s selfishness and one leader’s inaction dissolved spirit and success. 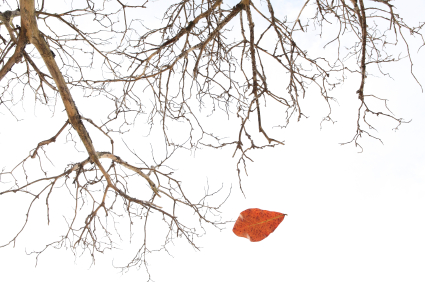 Teamwork People Skills: Leaders When Do You Intervene?

An IT network operations team was planning for a million dollar operations center build out. The leader was very committed to giving the team members major responsibility in planning the build out and in overseeing the vendors involved. The CIO was thrilled that the leader was going to empower the team and develop their skill sets.

Shortly into one planning session, one team member (aka Craig) mentioned an issue of how cables/wires are organized & tied. Nobody said anything yet eyes were rolling and the leader just stared at his notepad. Team members finally said: “We’ve all discussed this many times. We tie them in a way that makes them easy to change when necessary.” Craig wanted them tied with the plastic seal (but that would require cutting the seal frequently for cable changes). Team members asked him if there were strategic reasons and there were none. Craig’s only reason: He liked thinks looking super neat. He was insistent.

Team members spoke up again and said: “Today we have these larger build out issues to discuss and that’s why we’re here. Super neatness isn’t our major goal.” Craig continued to insist. Everyone’s frustration mounted. They saw him as a selfish nudge indulging in his own personal preferences. After 30 minutes of this, the leader finally spoke up and said they were moving on to more important matters which they did. Later in the session, Craig raised the issue twice more.

P.S. As the project unfolded, the team struggled terribly, teamwork suffered, and an external project team was brought in to handle the build out. Team members initially excited about having new responsibility were demoralized by the decision. The leader told me he wished he had intervened sooner. He had been aware for many months of Craig’s compulsive tendencies.

Leader’s What’s Your Role in Teamwork?

I frizzle when I read leadership blogs and books claiming leaders’ involvement undermines team accountability. The broad claim overlooks timing, the role of leader as teacher, coach, and mentor AND so many important teamwork factors.

Leaders who do nothing are not empowering teams they are abandoning them. Endless struggle has no magical power to teach. If the team is making progress, don’t intervene. Yet if they are spinning, balance their discovery with your leadership guidance!

Help all teams stay focused on important matters. Raise the flag of flexibility when team members are being rigid. Encourage them when fears make them cling to the present instead of innovating the future. Let them know you want them to learn from your guidance not to always rely on you to step in. Engage them in a culture of appreciation so they begin to sustain each other instead of you being the only buoy.

Leaders’ involvement does not stop team accountability — not if leaders learn as well as teach and empower as well as guide. You will see teamwork grow and your need to intervene shrink.

What examples of success in mentoring teams will you share with us here?

From my professional experience to your success,
Kate Nasser, The People-Skills Coach™

©2013 Kate Nasser, CAS, Inc. Somerville, NJ. I appreciate your sharing the link to this post on your social streams. However, if you want to re-post or republish the content of this post, please email info@katenasser.com. Thank you for respecting intellectual capital.

5 Responses to “Teamwork #Peopleskills: Leaders, When Do You Intervene?”